We are a small, non-profit seed company that sells 100% open-pollinated vegetable, herb, and flower seeds. Every single seed we sell is grown using Demeter certified Biodynamic® and organic practices.  All our seed is non-GMO, non-hybrid, never treated, and grown without the use of chemical inputs.

We are part of Camphill Village U.S.A, a 501(c)(3) nonprofit organization.  Camphill Village is an integrated life-sharing community located in Copake, NY.  Of Turtle Tree Seed’s approximately 30 person team – 20 have some sort of developmental difference.  These individuals are involved in every aspect of helping to grow, clean, and pack our seeds.  Our mission also includes encouraging and educating people who want to grow and save open-pollinated vegetable, herb, and flower seeds.

We were recently featured in a segment of the beautiful documentary SEED: The Untold Story.  Use the password “Turtletree” to view the clip.

About Our Name & Mission

The Onondaga creation story we take our name from is at the bottom of the page.  In a nutshell: the Turtle is our North American continent, Turtle Island. The Tree is the Tree of Life symbolized by water, the element of life, as it branches across the Turtle’s back in the great Mississippi River system.

Our mission is to improve the quality, variety and availability of biodynamic seeds and to promote and provide a seed supply from diversified biodynamic farms and gardens.

Turtle Tree Seed was founded for the purpose of aiding with the development and growing of biodynamic seeds and helping to make them available to all who seek them. We do this as a source and an outlet for seeds grown by the biodynamic community, working actively with biodynamic growers to establish them as seed growers, train and help them with quality and technical guidelines, test and evaluate their seed, and to help get their seed out into the world.

It is our hope that every biodynamic farm and garden will grow some seed, both for their own use and to share with others. Our aim is to aid and guide in these efforts as much as possible. 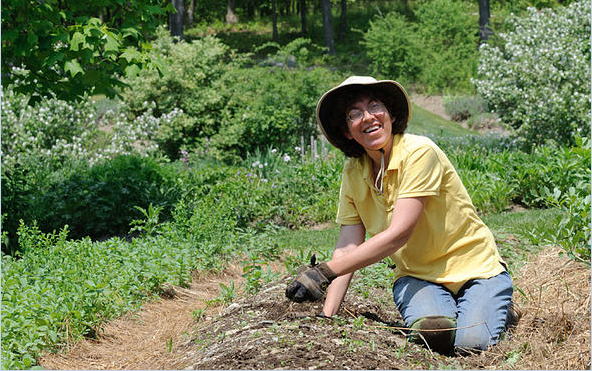 The Earth on the Turtle’s Back

The turtle is our North American continent, Turtle Island. The tree is the Tree of Life symbolized by water, the element of life, as it branches across Turtle’s back in the great Mississippi River system.

Before Earth was here there was only water as far as one could see in all directions, with birds and animals swimming around in it. Up above in the clouds there was Skyland. In Skyland was a great and beautiful tree with four white roots stretching to the four sacred directions. Every kind of fruit and flower grew from its wide spreading branches.

The Chief of Skyland’s young wife was expecting a child. One night she dreamt she saw the great tree uprooted. The next morning she told her husband her dream. “This is very sad,” he said, “for it is a dream of great power and we must do all we can to make it come true.” Then the chief called all the men together and told them they must uproot the tree. But the roots were so deep and strong they couldn’t budge it. So the ancient chief himself wrapped his arms around the tree and strained and strained, until with one last great effort he uprooted it. Now there was a great hole where the tree’s roots had been.

The chief’s wife came and leaned over to look down, holding the tip of one of the uprooted tree’s branches to steady herself, Far below she thought she saw something glittering like water. Leaning out further she lost her balance and fell into the hole. Her hand slipped from the tip of the branch, leaving her only a handful of seeds as she fell. Far, far below in the waters some of the animals looked up. “Someone is falling from the sky,” said one. “We must help her,” said another.

Then two Swans flew up and caught her between their wings, and brought her gently down to the water where the birds and animals were watching. She is not like us,” said one of the animals. “She doesn’t have webbed feet. I don’t think she can live in the water.”

“What shall we do?” said another of the water animals. “I know,” said one of the birds. “I have heard there is Earth far below the waters. If we dive down and bring up Earth she will have a place to stand. So the birds and animals tried to bring up Earth. First Duck dove far down beneath the surface, but he couldn’t reach the bottom and floated back up. Then Beaver tried. He went even deeper, so deep that it was all dark, but he couldn’t reach the bottom either. Then Loon tried and was gone a long, long time, but he too failed to bring up Earth. Soon it seemed that all had tried and failed. Then a small voice spoke.

“I will bring up Earth or die trying.”

They all looked to see who it was. It was little Muskrat. She dove down and swam and swam. As she was not as strong and swift as the others, but she was determined. Swimming so deep that it was all dark, and still she swam deeper. Her lungs felt ready to burst, but she swam deeper still. At last, just as she was becoming unconscious, she grasped at the bottom with her little paw and floated upwards, almost dead. When the other animals saw her break the surface, they thought she had failed. Then they saw her right paw was held tightly shut.

“Put it on my back,” said a deep voice. It was Great Turtle who had come up from the depths. They brought Muskrat over and placed her paw against his back. To this day there are marks at the back of Turtle’s shell that were made by Muskrat’s paw. The tiny bit of Earth fell on the back of Turtle. Almost immediately it began to grow and grow until it became the whole world.

Then the two Swans brought Sky Woman down. She stepped onto the new Earth and opened her hand, letting the seeds fall onto the bare soil. From the seeds the trees and grass and flowers sprang up. Life on Earth had begun.

Creation Story from the Onondaga Tribe, from Keepers of the Earth by Michael J. Caduto & Joseph Brucho